MAITC Teacher of the Year 2016 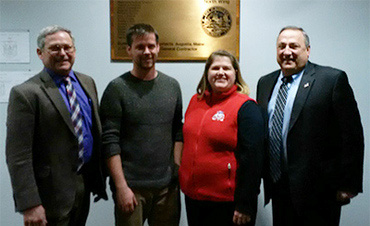 Maine Agriculture in the Classroom (MAITC) announced the 2016 Teachers of the Year at the 75th Annual Maine Agricultural Trades Show this month. Governor Paul R. LePage was on hand to congratulate Morgan Kerr and Stephanie Enaire from Gray-New Gloucester Middle School.

The team of Morgan Kerr and Stephanie Enaire are teaching partners at the Gray-New Gloucester Middle School and were recognized for adding agriculture to all subjects across their curriculum. For example, they use their school garden to teach Science, Math and Language Arts. They have raised chickens with their students, visited local farms, explored agricultural careers, and even studied history through the remaining rock walls and foundations left from farms in their area. Mr. Kerr has been a summer youth educator at Wolfeâs Neck Farm. Mrs. Enaire grew up on a dairy farm right in the same county. 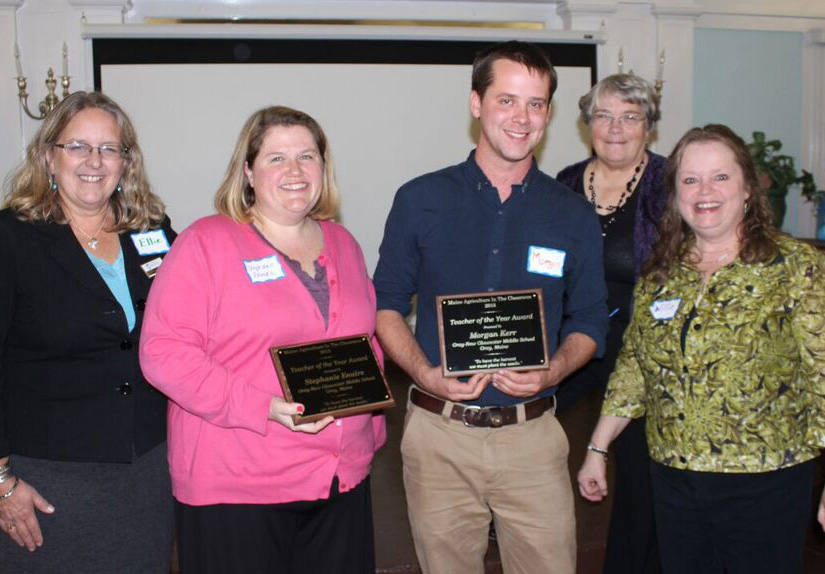